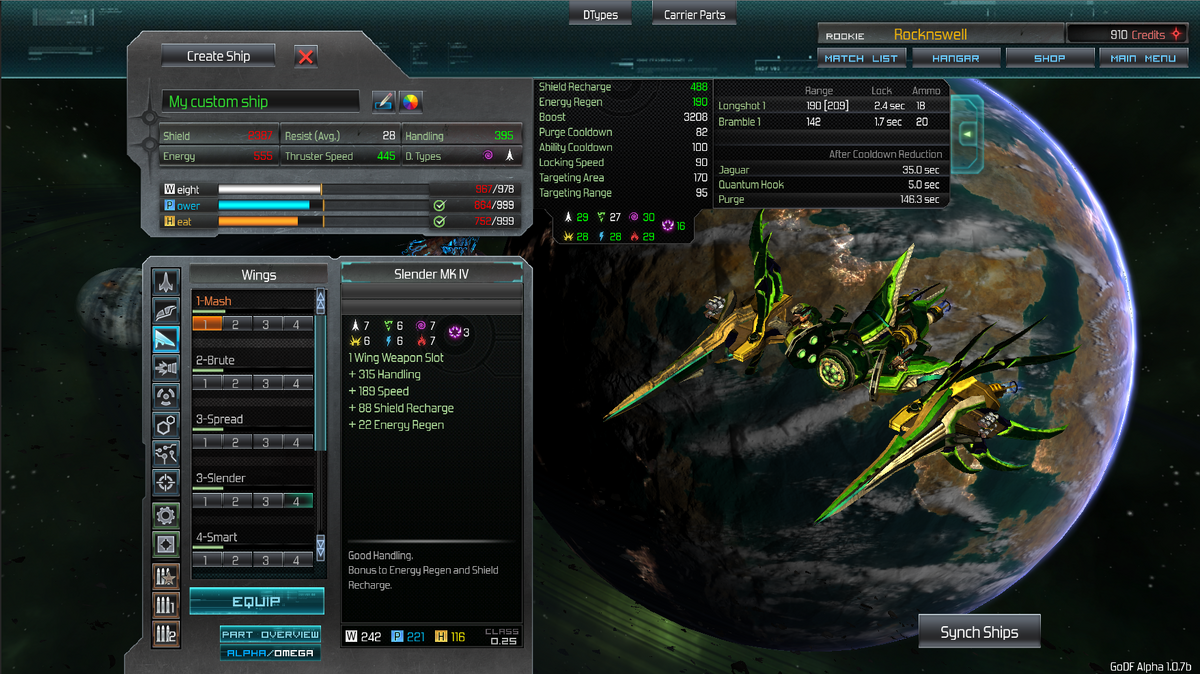 - Maximum excess equal to 20% of capacity.

Your ship's durability. When it reaches 0, your ship is wrecked.
- Ways to replenish your Shield aren't very common nor very accentuated in God Factory: Wingmen. This is meant to force players to dock and switch between his gunships.

The Rate at which the Gunship's Shield is restored while it is docked.

The resource allowing you to perform manoeuvres and boost at astounding speed.
- Energy is a very precious resource. Always keep energy capacity and regeneration in mind when designing and flying gunships.

The speed at which your gunship boosts.

The number of wing weapons the gunship can equip.
- This is wholly determined by your wings and is always either 1 or 2.

The speed at which your abilities refreshes.

The speed at which your weapons lock your targets.

The size of your targeting system on screen.

A modifier to all weapon ranges.
- This modifier doesn't affect "Wave" weapons and weapons without a locking system.

The amount of damage mitigation in percentage for each of the game's Basic Damage Types .
- The maximum value is 80%.

The amount of damage mitigation in percentage when receiving Combo damage.
- This stat also makes it longer before damage types are imprinted on your gunship for combo purposes;
- It also makes Weapon Mods from weapons' traits trigger more slowly;
- The maximum value is 80%.

Retrieved from "https://god-factory-wingmen.fandom.com/wiki/Stats?oldid=4370"
Community content is available under CC-BY-SA unless otherwise noted.